Sweet Date 3.4.1 – More Than A WordPress Dating Theme ₹199.00
Back to products
Next product 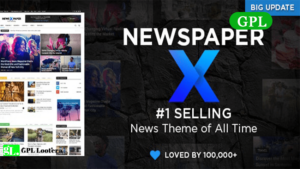 Instant access to all plugins and all themes, including all future releases.
Unlimited domain usage.
Regular Updates as of when available. Usually, updates released daily.
Access to New Releases
Standard Support
Can Download Licensed Themes
Unlimited Downloads A Day
Frequent Updates
Unlimited Website Usage
Priority Support
100% Virus Free Files
No Automatic Renewal
WHAT IS GPL LICENSE
The GPL or General Public License, sometimes also called GNU GPL, is the most commonly used free software license. Richard Stallman wrote it of the Free Software Foundation for the GNU Project. This license allows the software to be freely used, modified, and redistributed by anyone. WordPress is also released under the GPL license, which means that WordPress is open-source software that can be used, modified, and extended by anyone.

The WordPress project considers the GPL license to be its philosophical equivalent of the bill of rights. It provides the fundamental core values that the project believes in.

There are no reviews yet.

Be the first to review “1 Year Membership” Cancel reply

© 2021 GPLClub Trademarks and brands are the property of their respective owners. Made In India ❤ For WordPress Developers 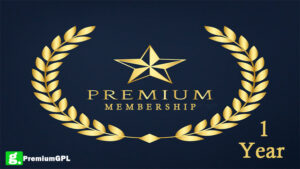